They’ve become the answer to every partygoer’s prayers. Out a little later than expected? Use a phone app to arrange a ride with Uber. Shortly thereafter, a price-negotiated ride shows up to whisk one away safely. No phone call and lengthy wait, no nervously watching the meter. The ride share company has become one of the hottest start-ups in the country.

No wonder cab companies across the country are suing them.

The most recent lawsuit arises in San Francisco. Pursuant to an Uber ad stating they are “the safest ride on the road” and “safer than a taxi,” nineteen cab companies filed suit against Uber Technologies. Apparently, only the taxi companies screen applicants with a background fingerprint check. Accordingly, taxi companies claim the ad is deceptive advertising. However, an Uber spokesperson countered that taxi drivers can still have two drug or alcohol offenses and pass the background check.

Several other states and cities have sought more regulation over Uber and Lyft (a company offering virtually the same service), including Boston and Portland. Essentially, the conflict comes down to proper registration and fees paid to the respective agencies, just as expected of cab companies.

But the companies face some internal struggle, too. While drivers knew they were independent contractors initially, they nevertheless later sued the employer for fair benefits. As the industry exploded, workers wanted their fair share.

As one more challenge, insurance companies have questioned who pays for injuries to a rider in the case of an accident? A freelance driver has personal insurance, not that covered by a fleet. An accident as part of a ride share might be covered, but ultimately might cause the policy to be revoked. Uber’s $1 million coverage is only an excess, meaning it covers only what the driver’s insurance won’t cover.

Given the popularity of the service, why all the controversy? Simply put, car accidents are common and lead to lawsuits. With so many questions about background checks, safety, and insurance coverage, it’s a service cities and states naturally want to regulate.

Despite the controversy, Uber’s popularity continues to grow. After all, the risks of an unknown driver always outweigh the risk of a DUI. 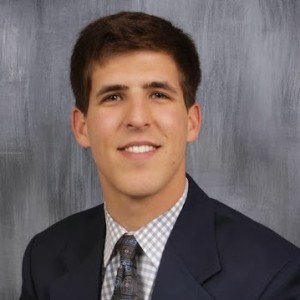 Jeff Krigel is an attorney in Tulsa who focuses his practice on criminal defense. The Jeff Krigel Law firm is a full-service Oklahoma law firm dedicated to achieving your legal goals in a competent, trusting, and result oriented manner. The firm is based in Tulsa, Oklahoma, and handles criminal defense, as well as other legal matters in all Oklahoma Counties. If you have been accused of a crime, it is important to seek the help of a qualified attorney. We offer free consultations and have payment plans available. There is no reason not speak with someone regarding your case.  If you have questions regarding your specific DUI case, or any other criminal matter, call for a free consultation. 918-994-2340